Did You Miss Me?

Sorry to all who are following this indie dev blog, I have not been working on the game, since my big melt down due having to draw every single sprite that I used from a pack of tiles that were not licensed by my game creation software. I have been doing some work on my alternative company and I will be firing up my game creations engines once everything with that company is settled. I will probably be working on a new title and keeping the old one on the back burner again, at least until I can get my sprites all organized. Where Are You? A Tale of Love will see daylight, just not yet. I have gotten some inspiration for the game though, and will be in my free time writing up a better version of the story, along with some better level designs for the game. I will post those as the progress on that continues. I would be like a lot of the other indie devs who devote all their time to building games, but I have a family to feed and have to work other jobs... At least until this one can make me money ;)
Posted by Unknown 0 comments

Well, sorry for the late follow up on what happened in PAX. Well, I can safely say that I really don't like flying during typhoon season. My family and I got stuck in Korea for 3 days while we waited for a new flight, to Vancouver. Needless to say, when I arrived in Vancouver instead of having 2 days to adjust, I had an hour before I jumped on a bus south bound to Seattle. I was nearly dead when I arrived in Seattle, but the important thing was  I arrived, and it was already 9:20pm. After walking 20 minutes from the bus stop to the convention center. When I arrived the show floor was closed. That didn't bother me too much, I wondered around till I found my friend, whom I was meeting. We talked for about 10 minutes and organized for tomorrows schedule.
When we finally parted ways till tomorrow, I decided to watch a few panels about the game industry. As I sat in the small, hot room, I began to nod off and was abruptly awoken by  loud voices. Long story short, I remembered that I could use the internet in the center and found that, my favorite podcast was having a meet up just up the road. Well once I knew that, I was out of there. I rushed to the pub, and joined the Idle Thumbs meetup. This was the best part of my first night in Seattle. I met loads of game creators, and within 40 mins i was already drunk with joy and oversleep, so much so that I felt like I was floating. Lets see, I met Chris Remo (DoubleFine) Jake Rodkin/ Sean Vannamen (Tell Tale Games) Steve Gainer (Formally of 2K Marin) Branden Chung (Blendo Games) and many many more. After saying goodnight to everyone I left for my hotel, which wasn't a hotel, it was a youth hostel.
First Full Day of PAX
Day One, I woke up early, and got ready for a long day of games talking, I stocked up on Monster and food, and then set off for the center. When I arrived, I met my friend and was taken, to the show hall, before everyone was allowed in. I set up myself with my friend and waited for the people to come. I didn't know what to expect, all I knew was that a lot of people were about to pure into the hall.
As people came and left, some interested and others not, I felt happy to be a part of this. The efforts of last year, and this year had paid off for me. As the day went on I took a break and wondered around the show floor, saw some new games, played a few as well. In the two hour break, I saw all the other indie games, played a great deal of them. The triple "A" games that I could tryout, were Pikmen WiiU, World of Warplanes, Scrolls, Natural Selection 2, and Doom3 3D. All these games were good. Doom3 was still Doom just in 3D.  World of Warplanes was awesome. Played that for about 20 minutes, and killed 4 PAX guests. It's an awesome game. The games I just saw, were Far Cry 3, Resident Evil 6, WiiU Zombie Game, and Dishonored. The funny thing was, that when I saw the game Dishonored, I was talking with a Bethesda PR person and for some reason we ended up talking about my game, and again long story short got invited to a house party, that a lot of developers were invited to go too. So after, returning to my computers and discovering that my cell phone was stolen, I decided to go back to showcasing my game. Later that evening around 6:30 I left the building and headed up to the parties location. My friend said he would come later so, I started without him. Boy that was a good and bad idea. It was good because I could meet, people from the press. Bad in the way that only the press and regular people had to wait in line to get in and developers could go straight in without any problems.
So after waiting for 2 hours, I could finally get into the party, but to my surprise my friend was already inside... the party was great, and I think I drank too much, while talking with people in the VIP room, because I don't remember much about who I talked with, all I remember was talking to Markus Pearson (Notch) and rubbing shoulders with Tod Howard (director of Fallout 3 and many other titles). The evening was great.

The next and final day for me was Sunday. I had to pack up my stuff, in the hostel, and head out with everything on my back. That was fun! Sunday was my final day, and I decided to show off my game to other developers, I was a little reluctant to do this, because I was shy. After swallowing my nervousness I started showing off my game to developers, I showed my game off to several indie developers and got several, creative suggestions, as well as, keep up the good work, it looks good so far. I was really pleased and overjoyed that the newly redone version of my game was well received by, regular people and game developers alike.
I've put my name down on the list for the IndieMega Booth for next years PAX Prime and possibly PAX Australia. More updates soon, as we are coming close to the Oct 17th deadline for the IGF. Stay tuned.

Where Are You? A Tale Of Love


Here is one of the trailers that I will be bringing with me to PAX Prime. Red Sun Games is going to attend PAX. Comment and let me know what you think of this little slice of a years work.

The games new look, and direction was inspired by a great little indie game called Dear Esther.
If you haven't played it or seen it, I suggest you take a look at it.

Now without further ado, here is the trailer for Where Are You? A Tale Of Love.


Well, it has been nearly two months since I posted that I am charging into battle. Well I am happy to say that, I am still charging and am hard at work at sprite building and story writing. Though I am not moving as fast as I would have hoped, I'm never the less still moving forward.
Yesterday I took a two hour break and played through Dear Esther, a great interactive story. When I finished playing through it and realized I had not shot anything, jumped over hazards or killed any baddies, but was able to have a memorable experience, it made me stop and think.
"What was I trying to tell in my story?"
My take away from Dear Esther, was a way of telling a really good story, without overly designed and ultimately hampering game play.
Now that I've finished playing, I can go back to work on my own game, and hopefully improve on my game. That's it for today. I will update more in the near future, hopefully with some concept and latest build pics.


If you don't already have this game I suggest you get off your lazy ass and get it. It's only $4.99 on Steam, that's 50% off the regular price. Get it before the sale ends.

CHARGE INTO THE FIELD OF BATTLE!

Well, It has been a hard two and a half months. I tried to get support for my game via IndieGoGo, and that failed. I tried reaching out to the community of TIGSource and at least found them to be somewhat helpful. After posting in the indie forums and getting some reputable indie devs to try my demo I got feedback. Basically they said that the concept was original and but the mechanics were all over the place.  That feedback was good and bad. Good in a sense that I now knew where my game sat in the real world, but because it zapped all my motivation.
I am happy to say that today I am back and I am ready for the long and tedious journey of re-building and re-tooling my game Where Are You? for some reason I just can't let it go. I want to get this game finished and I want it to look and feel good. Today as I sat in the office I had lightning strike me and with that a new spark of motivation and creative ideas. The game will be stripped down and re-done with the new RPG and Platforming engines that I have written.
CHARGING INTO THE FIELD OF INDIE DEVELOPMENT BATTLE. CHARGE!!!!
Posted by Unknown 0 comments

I have my IndieGoGo campaign up and running. Please show your support to see this wonderful game brought to life. Together we can make dreams come true.

No amount is too small, every little bit counts and brings Where Are You? closer to completions.
Posted by Unknown 0 comments

Well, for the last 2 hours, I've been pouring over the RPG code of the game and after taking pieces of it, and stitching it together with my new code, I've finally completed the first part of my games new RPG/Platformer hybrid game engine. (That's a mouth full)
There is still a lot needing to be done, but at least the first half of the engine is together. I have the Platforming engine built, the only thing left to do is to test the two engines, once the code that connects them has been complete. This time around I will take my time, and address all the problems that I find in the games code.
Posted by Unknown 0 comments

Where Are You's Popularity

Life on the Rim of the World 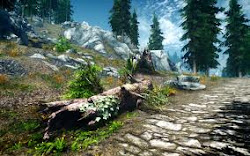 News in the Gaming World